In case you aren’t aware, today is the third annual Alien Day. Started in 2016 to mark the 30th Anniversary of the movie Aliens, it continues to grow, and for huge fans like myself, it always leaves a little stirring in my chest. At least, I hope that’s all that feeling is…

The Alien franchise/community has a lot on tap for today:

Fright-Rags has released a Xenomorph mini-mask limited to just 426 units, as well as a retro Alien T-shirt and pins.

And not to be forgotten, the Alien: Descent attraction opened to the public in Orange County, California. As I’m a Texas boy, it may be some time before I get to try that ride, but you know I’d love to make that combat drop. 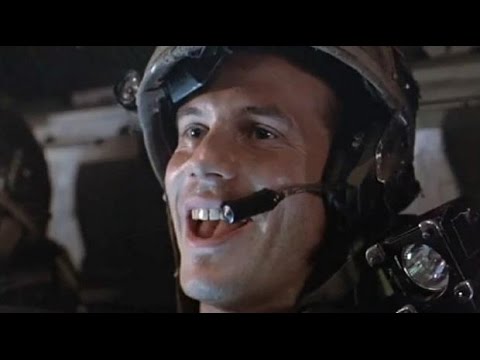 In a more serious vein, the storyline behind the Alien franchise is important to me, not just as entertainment, but because there is a cautionary tale built into it that I find to be very credible. Much has been made of the idea that if a species has developed an interstellar presence, they can only have done so if they had left avarice and violence behind. For the most part, the possibility of malevolent alien, spacefaring life has been relegated to popular entertainment, ranging from the sinister, a la Alien, to the campy, such as Mars Attacks! or kids’ films with comical, bumbling invaders. I find that to be startlingly naïve.

My thought is that we live in a universe where resources are always allocated locally, and life will fight over those resources to survive when cooperation won’t get what all parties feel that they need. That is the basis of all war, ultimately. You may have competing ideologies that provide intellectual packages in this resource battle, but when you break it down, that’s what remains. We’re going to find that to be universal as we head farther and farther out into the cosmos. As such, other beings out there are going to run on the same basic algorithm. Where trade of some sort will not suffice, domination will be attempted. For some species, domination will come first, and things like the Xenomorphs will exist to do essentially nothing but clear the field of competing interests. We are developing those sorts of things now with our own robotic systems in battle, clearing minefields, defusing Improvised Explosive Devices (IEDs), drone strikes, and the beginning deployment of battle robots. If we can think up and use such things, how difficult would it be for a mature race to develop a cadre of biomechanical soldiers to project force?

I don’t point these things out to be a doomer, but more to bring some realism into how we view our own fledgling steps off-planet. We need to keep our minds on survival in exploring and exploiting space, but always remain mindful that we will someday fight over it, and that we’re likely to find others that have been fighting over it much longer than we have. I suppose we may run into some variation of the “Age of Aquarius” Space Brothers, but I doubt it. What we do find will probably want to give us a hug, though. 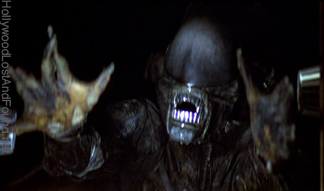